Today, during savasana my writer’s brain took over. It’s never really happened like this before. I do Bikram yoga, so it’s hot as hell in the studio and most of the time I’m able to focus my energies on breathing and staying still.

But during the summer, during my teaching break, I’ve been writing what I’ve dubbed of as my last chance novel. Whether or not that’s true (or a good way to think about writing in general) is a subject for another post. The story has been pouring out of me as I write–longhand that looks something like this: 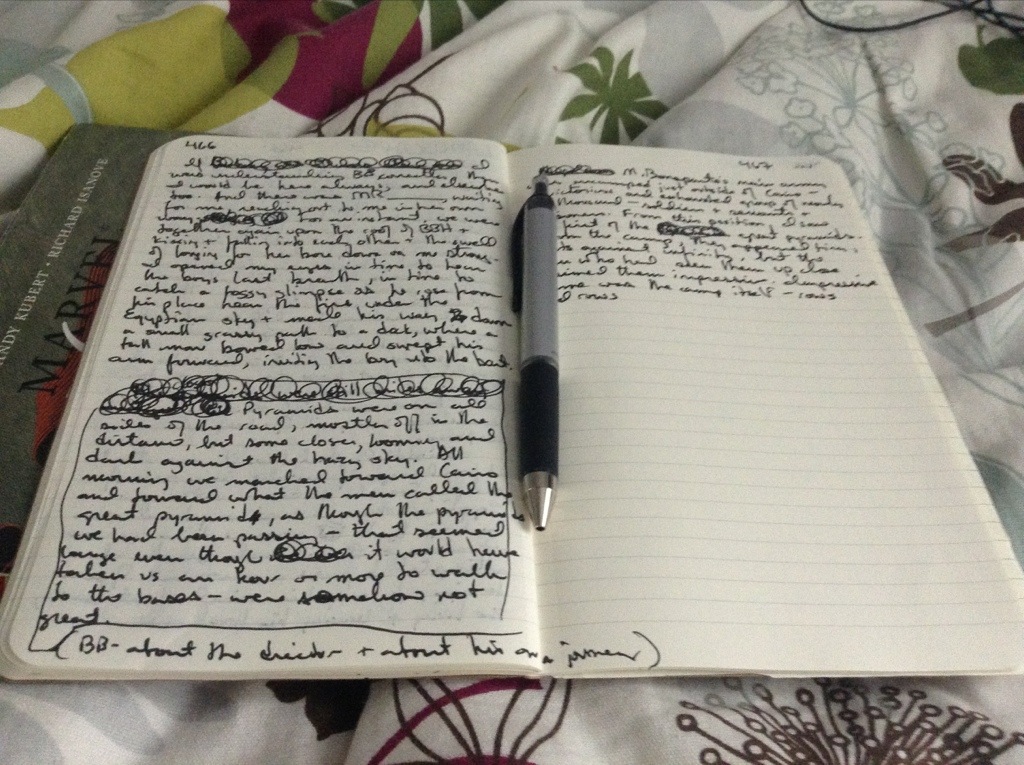 But obviously, it’s a mess, an early draft. I’ve been feeling the pressure of the encroaching semester and the encroaching craziness of the story (see previous post) even as I am diligent and write my pages each day. I’ve been trying to imagine a way to get logically to the image I’ve been imagining as the final one in the story Today, after a tough but successful standing series, I was grateful to hit the floor and turn of my thinking even more. But all I saw was a mass of new swirling images that would lead me to the end of my book. Even after the savasana, as the teacher led us into the floor series, I couldn’t turn it off. I kept missing cues and falling behind. I thought about leaving so I could write down these images, but I don’t like to leave yoga. So I stayed.

But unlike a dream that fades, these images stayed with me. I came home and wrote them down. My goal is to finish the rough first draft within two weeks. Then, of course, the real work begins.