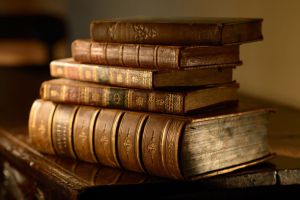 All you have to do is list the words in order, and then divide the second and third word by the first word and everything unfolds with precision. There are only a few basic formulas needed to understand even the most complicated literature. Place the quotient of the first division in the brackets with the square root of the verbs. Pardon? Well, yes, the past, present, and future tenses each have a corresponding ratio, which can make them a little tricky, but it’s no more difficult than learning how to operate your average coffeemaker. Speaking of coffee, do I smell a pot brewing as we speak? Would you mind so terribly if I asked for a cup? Tutorials often sap my strength and I am saved by the mystical properties of the caffeine molecule. Milk only, please. Sweetened coffee sickens me. No, thank you, I ate before I got here. Maybe next time. Homemade, you say? Well, maybe one. Then you must align your figures using Persipicoles’ legendary Corrective Modifier Algorithm. Prepositions are easy but if you miss a single one the structure of your analysis will be unsound. My this cookie is tasty. Old family recipe? Thank your mother for me, please? I don’t think I’ve had a tastier treat in years. And the coffee is certainly hot! My own little cup of the sun. We’ll just set that off to the side for now. You’re really supposed to learn such things in elementary school. How did you miss it? You never discussed the Bozwell’s Grand Unification Theory of Metaphor, Allegory, and Symbolism? How are you supposed to understand even the simplest of texts? See Spot? See Spot run? Run, Spot, run! It’s really language at its most basic level. You’ve never studied Feesley’s Polymorphic Analytical Model of Super-Compressed Lower-case Alliteration nor Murky’s Theory of Associative Symbolic Chiaroscuro in Writs and Decrees (1502-1567)? Have you never read Schilling’s Basic Course in Pre-Cerebral Plotting and Nascent Thematology? This is where No Child Left Behind gets us as a country. One step above the literacy of an amphibian. Do you think I might have another cookie? I need time to think. I’ve never encountered a student as bereft of the most fundamental tools one needs to understand literature—or even conversational English! Ah, thank-you. I grow more famished with every word. I suppose I can lay out the formulas and show you the relevant passages, but you must promise to commit to the work or our efforts will be for naught. It will not be an easy task for you! You shall be challenged, young Kevin, more than you have ever been challenged before. Most, if not all, of the neural pathways we use for these delicate matters have long been assigned to other duties. You’re how old? Fourteen? À la recherche du temps perdu! It’s like asking you to begin learning a foreign language! Imagine not having Latin at your disposal until age fourteen! Pardon? Please, no more Phillip. I cannot bear it. I shall merely pretend that you are fluent in Latin and if you cannot follow my occasional digression in that most nobel of tongues, I shall turn a blind eye to your confusion. A tutor can be asked to contend with only so much. When your mother called the service and requested assistance, I had no idea what I would be stepping into. She said only that you needed help with a paper. What was the book? Oh, yes, The Old Man and the Sea. A short book with a relatively complex formula. Hemingway could be tricky when he wasn’t being pedantic. Your mother told me that you’d really enjoyed the book, but hadn’t done very well on the essay. She said that you declined to accept, let alone elucidate, any of the commonly associated symbols integrated into the text? Is that correct? You suppose so? It’s a yes or no question, Kevin. She told me that you didn’t see Christ in the story at all. She told me that you saw no Hell in the blazing sun over the poor man in the boat? She said that you claimed the fish was but a fish and the old man but an old man and the boat but a boat and sea nothing at all but a sea among many great seas? Is all of this correct? She said you found the novella to be a simple story of an old man beset by old age and physical frailty who confronts the final failure in a lifetime beset with failure, and that he, Hemingway, gave the old man his small share of glory for merely persevering as all men must? This is true as well? My dear boy, it’s clear that the public schools of our great country have failed you in the most devastating fashion. I do not know if I am a man made of the right stuff to halt, let alone reverse the tragic chain of systemic bankruptcy that lead to your C+ grade in Mrs. Hockler’s Freshman English Course, but I am bound by the tutor’s code and my own personal ethos to attempt to be your unerring guide. To work our way through Hemingway, we’ll need Portman’s Calculations By Which the One and Two Syllable Word May Be Transmuted. Then maybe—maybe I say!—we might advance to Lillian Perocci’s Theorem On Textual Compression. I fear that we shall work through this night and many more as well, but I shall not waver in my dedication. Young man, we will get you your B, but such a letter grade will require many, many more cookies.

How to Experience Joy

Why don’t you read more poems, for starters. Has someone made you feel as though you don’t understand poetry? Maybe a teacher told you that the lake in the poem meant something other than the lake? Perhaps you read the line that contained the word lake and you thought of a lake you knew once, when you were small, before your mother brought you to Houston after your father died, a lake now quite distant in your memory and you rarely think of those trees layered thick on the opposite shore, the dock a finger pointing toward adventure, tomorrow, a cannonball, an inner tube, the pure open air holding you for an instant before your feet broke the surface and the water pulled you deep. Perhaps a ripple passed through you then, while you were reading, a jolt come + gone, an afterimage of a bright moon tapping you from the inside like the water against the dock pilings, a gleam that left you nearly breathless in Mrs. Lucas’s 10th grade English class, too afraid to open your mouth or move your eyes away from the page for fear that the entire world might steal the silver stretch of moon across the water, that one clear image rushing away as Mrs. Lucas was saying your name, calling you back—Well? Well? The lake is a symbol for salvation, she said, or for redemption. The author wants you to see that he has been washed clean, purified. She tapped her pen against her grade book until you nodded. But that lake is still in the poem, waiting for you to return, waiting for you to unlock not what it means, but what it is. You are its only key.

Talk about calcium.
Tendons and muscles
Are functionless.

Salt and dirt and yeast.
Is God kneading
Or punching?

The discarded rib,
The natural bridge,
The buried clavicle—

Study the teeth.
One spadeful
After another.

No end
only more

You can’t know, you never know, you can’t be sure. And that’s okay. All we can do is listen to poems and look at poems and guess and see if they can bring us what they need, and if you’re wrong about some part of a poem, nothing bad will happen.

—Stephen Burt, on knowing exactly what a poem might mean

Poems and the patterns in poems show us not just what somebody thought or somebody did or what happened but what it was like to be a person like that, to be so anxious, so lonely, so inquisitive, so goofy, so preposterous, so brave. That’s why poems can seem at once so durable, so personal, and ephemeral, like something inside and outside of you at once.

—Stephen Burt, on what poems like Wallace Stevens’ That Brave Man, can offer us

How is it? How is it?
So late
So early
The moths flutter.
The light
Backs forward,
The light of how it is.
How it is
Still breaks
The half-shut shade,
Sun cut line
Over the bed,
The covers,
The walls,
The case,
The coin,
The remedy perched
Among the unraveled.
The culvert of words,
The night,
The magic of
The story.
The story + the midnight,
Each wave darker
+ brighter than yesterday
Or tomorrow.
But that is many miles
Distant,
Many meals,
Many shifts + eclipses +
Comet’s tails shrieking
Past the moon
+ dome of sky.

So long to wait
+ still it is never
Long enough.

All the days that brought me here
Have evaporated, amount to nothing
But a cosmic blip,

And yet today unfurls
Before me like an infinite
Ribbon.

A little poetry/video/song from Ellyn Maybe and her band.

Its knots are edges

Of a larger continent.

The dark canals across its

Once, a tree, and before that,

A vast space of nothing.

Against the pain of growing,

A tide, a mountain

We have borrowed much.

This wind will leave

all things without ridges

or the shadow of ridges.

The hem will run

Into a green horizon. 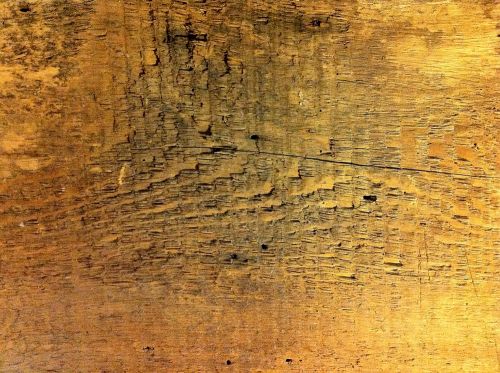