Kelly Ayotte (R-NH) and Susan Collins (R-ME) came to Brown’s defense and said that it was wrong of anyone to mock the “hard” choices people make whilst attempting to meet the ends. Brown, they seemed to imply, had entered the seedy world of nude naughty bits because life had dealt him a tough hand and he was simply trying to put food on the table. Here are their quotes:

Sen. Kelly Ayotte (R-N.H.) said in a statement published in Politico, “It’s inappropriate to make light of his personal circumstances, or to disparage or belittle him for the decisions he made to improve his life. Scott is one of the best guys to work with in the Senate, and I am proud to call him my colleague.”

Sen. Susan Collins (R-Maine): “It’s wrong to mock anyone who had to make hard choices to overcome tough obstacles.” She added, “His story is no different than millions of Americans who are doing everything they can to make ends meet.”

College students in both states rejoiced at the news. Many female students were heard to exclaim that they could now freely “work the pole” at establishments like Gents Only and Boobs-R-Us in order to pay for their tuitions. Male students quickly flooded phone lines to like minded establishments and publications, trying to secure immediate improvement to their financial situation by revealing their junk for all the world.

This policy shift marks a stunning departure for the more conservative senators. One of Ayotte’s assistants hinted that Ayotte would soon reveal a wide number of stripping/sex-industry related reforms to her agenda. “We need our kids to be educationed,” the assistant said, “and now that these two brave senators have boldy accepted Scott Brown’s wang in a nearly three decade old issue of Cosmo, we believe the states can more fully withdraw from the funding of higher educations as more and more students make hard choices that will see them disrobed and displayed for cash like never before.” 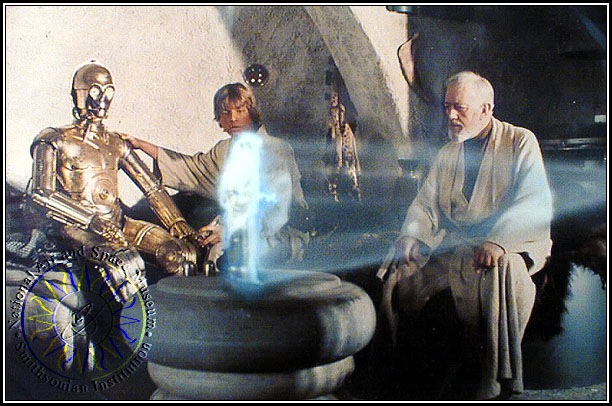 There are those that think our President is not an American citizen–that he somehow tricked a whole mess of people into believing he was born in Hawaii so that he could ruin the country with his radical socialism. These “birthers,” as they are called, have sought the release of President Obama’s birth certificate for a long time and now that it’s been released, they’re crying foul. Normally, I try to stay clear of such political hullaballoos on my blog, but, like the old blind lady said in movie based on that book, “You gots to make a stand.”

Hey, look, I have nothing against the “birthers.” I suspect they’re nice folk. But they’re way off, naive even. They have this little string that they’re pulling, trying to unravel a sweater that doesn’t even exist. They look under one rock, then another, but they aren’t getting any closer to the real truth. Up till now, I’ve not told anyone of my findings. It’s just too scary. But now, it’s go time. Plus, I just drank a double quad-expresso and I have some time to kill before the Benadryl kicks in.

You thought not having/forging a birth certificate was big news? Pfffftttt. That’s nothing. I’m officially announcing tonight the formation of the “Projector” movement, which is seeking to demand that our “President” prove to the citizens of our country that he is not in any way a digitized form or projected hologram. I’ve had people on the ground (literally, on the ground, often “re-grouping” or “resting” after a heavy “lunch”) and you won’t believe what they’ve found. It turns out that there’s really no proof, none whatsoever, that “President” Obama is actually human at all.

Fact: I’ve never touched Obama. How do I know he isn’t a hologram? That right there should proof enough for anyone. Not enough for you? Fine. On we go.

Fact: Holograms exist. George Lucas used them extensively in his epic Star Wars films and most of Alan Alda’s scenes in M.A.S.H. were projected via “phax” machines, an early squash based digital projector, precursor to the more popular “walkman” projector made famous by Robert Redford in Electric Cowboy. In fact, Alan Alda rarely left his home in Venice Beach during M.A.S.H.‘s heyday.).

Fact: Nobody you know has ever touched Obama. Sure, there are the “urban myths” we all hear. My cousin’s best friend’s uncle shook Obama’s hand at a rally in Pittsfield. Sure, he did. And Mr. Mumboto, esteemed colleague from Nigeria desperately needs your help to get his funds into the United States. Trace the myth, people. You’ll see that Obama has never come in contact with any human skin, anywhere. Is that the American way? If I was running for President tomorrow, wouldn’t I have to touch people? “Have to?” Forget “have to.”  I’d demand it. My slogan would be: Touch me now, Vote for me on Election Day.

Fact: In twelve states, including Michele Bachmann’s own Minnesota, there are now Resolutions before State Electoral Boards that would require Presidential candidates to dedicate sixteen campaign hours per week to “kissing” or “touching” booths to ensure that enough people physically touch the man destined to be their President.

Fact: In no less than twenty speeches that Obama has given, he has mysteriously flickered and become translucent before large groups of people. White House staffers have routinely blamed the lighting technicians of different venues, claiming that the “hippie” spotlight operators were having fun messing with the “man.” Has anyone ever spoken to one of these longhair theater technicians? One must question their very existence.

Fact: Despite what that other group (the “R’Obamas”) claims, there is no way that President Obama is a robot socialist sent from the future to weaken our country. First of all, time travel is ridiculously expensive and arduous, even for a robot. Second, we’ve found no proof that a robot could travel through time in any of the known time machine apparatti–and if a robot socialist is impossible, the very idea of a future-human-socialist-time-traveler is simply ludicrous. First, do you have any idea how much time you’d spend simply traveling back and forth to the future to talk with your socialist leaders in their grey and imposing offices? Like half your life! After a while, you’d be all like, “Hey, man what year is this? Am I duping you now or am I reporting to my superiors?” And you know what you’d be doing the other half of your life? Well you’d either be puking in your oval office toliet or you’d be on the floor trying to deal with the effects of H.G.Wells-Lag: heavy bones, viscous lungs, and fluttering liver. So if you see Jerry Mandrake over at the R’Obama headquarters, you can tell him that Clark Knowles and the Projectors totally dissed his stupid conspiracy theory and that we didn’t want to meet in his rec-room anyway, no matter how cool his new snow-cone machine is.

Fact: There are eyewittness reports of Obama mysterious appearing in small scale from the video-ports of a number of small robots, including but not limited to: soda machines, Zunes, BSG Toasters, and random boxes of Pop-tarts.

Fact: The American people deserve better than a visual figment that can produce a birth certificate and bio/neuro/digi or chemically reproduce with the always classy first lady to sire two lovely daughters (note to self: check on safety of First Family. Do they know into what nefarious schemes they’ve been duped? My guess, no.). They deserve a real man who can reach out and touch. A husband, father, friend…lover.

Fact: Even if he can reach out and touch, why hasn’t he done so yet? And if he does tomorrow? Why then? What’s going on over there? Is anyone watching the henhouse? How come the Lamestream media isn’t looking into the virtual fraud that is turning our country into a socialist nightmare? Is there no one left to protect our freedoms?

Fact: Yes, there is. Join the Projectors today. Contributions can be made via PayPal. All donations are(not) tax deductable.

Be ready, America. The lid is about ready to be flipped.