It came out in 1987, but R.E.M.’s album Document is the perfect album for this year. Each song fits with the apocalyptic-tinted, Trump-tainted incoming year. For the remainder of January, all my posts will share an R.E.M song title. 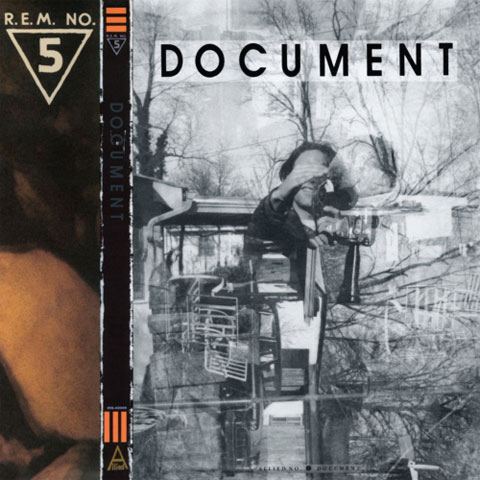 Questions I don’t feel the need to entertain: Why did so many women march? Why can’t people unite under our new President? Why are women angry? What was the purpose of the march?

I don’t want to ignore those subjects, but the questions, especially online, seem to be posed only for the sake of beginning an argument. In a recent online post, a local resident was writing about the overwhelming positive experience she had gathering in downtown Portsmouth NH as a part of the Women’s March on Jan. 20th. One commenter kept pestering her to answer his question: Why did women march? She advised him to do a little reading—google, it! But he wouldn’t let up. “It’s a simple question, right? Shouldn’t there be a simple answer?” He just wanted to argue. It was worse because I am acquainted with the rude-commenter, someone who seems nice enough if you were to meet him in the store. Online, behind the veil of the comment box, his questions was simply bullying. He might as well have been saying: “If you can’t answer me here, then obviously you don’t know what you’re talking about! You’re experience was useless and stupid.”

Seriously, in this age of information, you don’t have to ask those questions. A real debate does not start with those sorts of questions, or at least not those questions asked in service of belittling an experience. So how do I find answers to questions I have? I read. I’m doing my utmost to find the answers to all of these questions by reading. There is plenty I don’t know. I’m learning too. Although I’ve posted them many times in the last few weeks, I wanted to share again the list of news sources that I’ve been drawn to since Trump’s victory on election day (there are new sites on this list as well): Seacoast Online, Boston Globe, NYTimes, Washington Post (these guys have the best iPad interface, which really makes me want to read them more), ProPublica, Mother Jones (a friend notes correctly that MJ’s headlines are often divisive clickbait, but their investigative journalism is the real deal), The Economist, The Nation, Slate, The Guardian, BBC News, Frontline, NPR News, Investigative Reporters and Editors (through their blog Extra Extra), the International Consortium of Investigative Journalists, Real Clear Investigations, The Intercept, The Center for Public Integrity, Reveal News from the Center for Investigative Reporting, and about a half-dozen other newspapers from around the country that I’m paying attention to on a less regular basis. Here is a link for many of these groups: http://billmoyers.com/story/10-investigative-reporting-outlets-to-follow/ I’ve decreased my dependence on aggregate news sites—I’ve deleted those from my devices—and increased my intake for news from specific publications.

The tidal shift in our government has lead to an adherence to authoritarian rhetoric, self-aggrandizement, and doublespeak. Kellyanne Conway’s recent invoking of “alternative facts” during an interview with Chuck Todd on NBC is frightening, but it’s only the tip of the iceberg. There are facts and there is interpretation of facts. In my news reading, I’m looking for facts (i.e. Here’s what happened; here is what was said; here are the numbers.) And then I’m looking for critical, verifiable, quantifiable, well-sourced interpretation of those facts.

If you want to argue, you can ask loaded questions that are designed to hurt or bully. If you want actual answers, facts and interpretations, I offer the only path: seek out reputable sources and read. Once that happens, a real debate can begin.

When I post about my political or social justice activities, it’s not an invitation to debate in the comments sections. If you yell at me online, I’ll just delete the comment. If you’d like to have a conversation about any of my ideas, I’m pretty easy to find. Let’s do it in person. I’ll even buy the first cup of coffee. We’ll get along famously in person. And in return, I promise not to yell at you online, too. Deal?