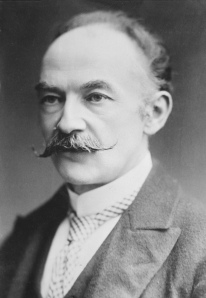 To persons standing alone on a hill during a clear midnight such as this, the roll of the world eastward is almost a palpable movement. The sensation may be caused by the panoramic glide of the stars past earthly objects, which is perceptible in the few minutes of stillness , or by the better outlook upon space that a hill affords, or by the wind, or by the solitude; but whatever be its origin the impression of riding along is vivid and abiding. The poetry of motion is a phrase much in use, and to enjoy the epic form of that gratification, it is necessary to stand on a hill at a small hour of the night, and, having first expanded with a sense of difference from the mass of civilized mankind, who are dreamwrapt and disregardful of all such proceedings at this time, long and quietly watch  your stately progress through the stars. After such a nocturnal reconnoitre it is hard to get back to earth, and to believe that the consciousness of such majestic speeding is derived from a tiny human frame.